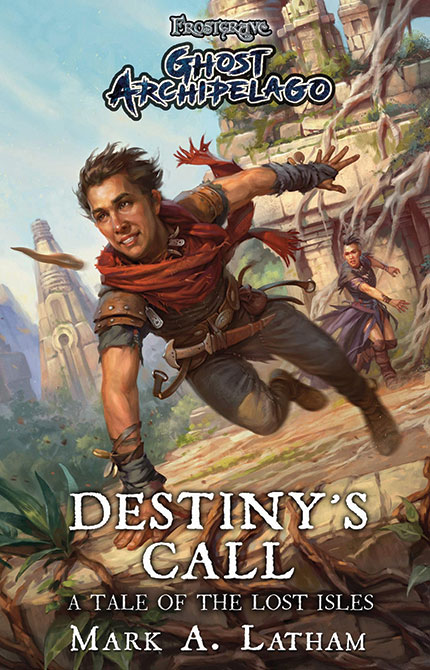 Samir is a thief, a street-urchin from Yad Sha’Rib, greatest city in the Empire.

Like the city itself, he carries a secret; Samir is descended from the Heritors, powerful warriors who once drank from the fabled Crystal Pool. Though he dreams of one day saving his people from slavery and oppression, Samir keeps his nascent powers hidden lest he meets the same fate as his father – a slow death in the dungeons, where the grand vizier, Zhar-Marrhad, conducts dark experiments to unlock the Heritors’ secrets.

When the Ghost Archipelago appears once more everything changes. Feeling the pull of the Lost Isles in his blood, Samir suddenly finds himself the centre of attention after a life of anonymity. Charmed by a self-styled Pirate Prince, shadowed by a beautiful assassin, and hunted by the ruthless Zhar-Marrhad, Samir must navigate a world of treachery and deceit as he sets sail for the Ghost Archipelago. Only there can he unlock the secrets of his Heritor powers. Only then can he answer his destiny’s call.