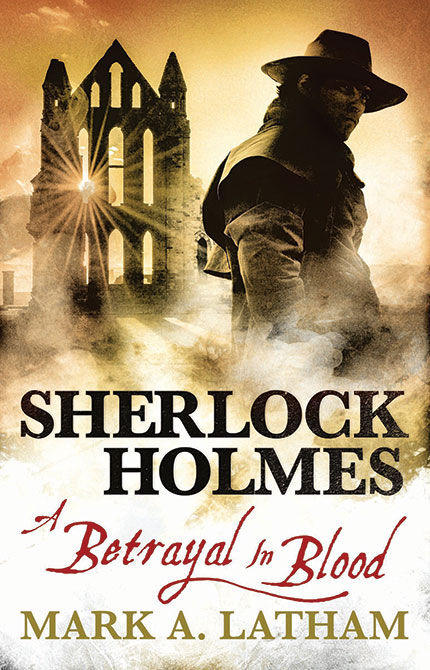 Sherlock Holmes: A Betrayal in Blood

It is 1894, and the news of a Transylvanian nobleman’s death at the hands of a certain Professor Van Helsing is the talk of London.

Unsatisfied at the acquittal of the professor, Mycroft Holmes asks Sherlock to investigate what truly led to the deaths of Lucy Westenra and the mysterious aristocrat. The newspapers are full of inconsistencies and wild supernatural theories, and as Holmes digs deeper, he suspects that those hailed as heroes are not what they seem. The clues point to an innocent man framed and murdered for crimes he did not commit, and Holmes and Watson find themselves targeted at every turn, as what began as a quest to clear one man’s name reveals a conspiracy that draws them to the mountains of Transylvania and the infamous Castle Dracula.