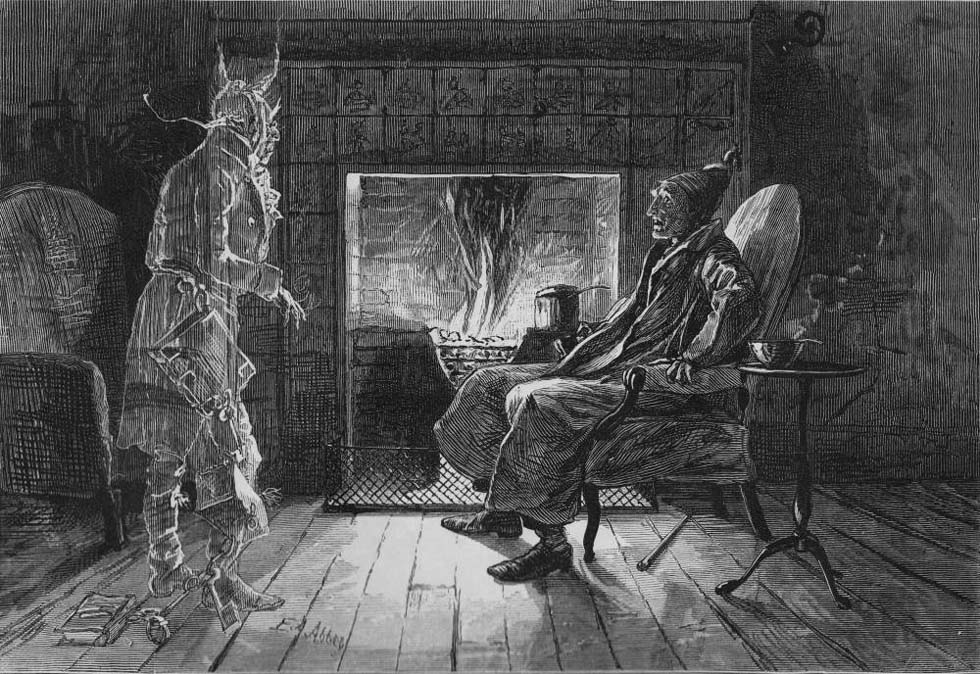 “There is probably a smell of roasted chesnuts and other good comfortable things all the time, for we are telling Winter Stories – Ghost Stories, or more shame for us – round the Christmas fire.”

Every year at about this time, I tend to turn my reading to ghost stories. Okay, who am I kidding? I read ghost stories all year round. But there’s something particularly nostalgic for me personally in sitting by the side of a log fire, glass of single malt in hand, reading a spooky old tale, particularly those set at Christmas.

The Christmas ghost story is something of a great British tradition, of course. Like most things related to Christmas traditions, they were really proliferated in the Victorian era – that Dickens fellow has a lot to answer for. After the success of A Christmas Carol, Dickens took to publishing festive ghost stories annually in the periodical All the Year Round, in which he included tales from contributors such as Wilkie Collins and Elizabeth Gaskell. In 1898, American anglophile Henry James (whose less famous brother turns up in The Lazarus Gate, you may recall) wrote The Turn of the Screw – his own take on the Christmas Ghost Story, inspired in no small part by Dickens and Collins.

That doesn’t mean all the stories we equate with being good Christmas spook-fests are Victorian in origin though – many of my favourites were written in the Edwardian or even post-war periods. M R James – my favourite teller of ghostly tales – was a particular proponent of the Christmas ghosts tradition. He would write a new story each year, and read it to a select group of peers and students at King College, Cambridge, on Christmas Eve.

Anyhow, enough history. Over the last few years I’ve been collecting festive ghost and mystery stories to read over the Yuletide period. Here’s my pick of the bunch so far:

1. A Mystery in White

I’ve been really quite taken by the British Library Crime Classics series. Published in a very nice little paperback format, they now produce a range of long-forgotten mystery thrillers from the golden era of crime, and have even started branching out into supernatural mysteries. A Mystery in White is one of their growing Christmas Mysteries range, and details the fortunes of a group of train passengers stranded in a snow drift while trying to get home for Christmas. When a man on the train dies under suspicious circumstances, a party of intrepid passengers hikes to get help, whereupon they stumble across a spooky old house, recently abandoned like the Marie Celeste. Strange things are afoot in the house, but luckily one of the party happens to be a psychical investigator… 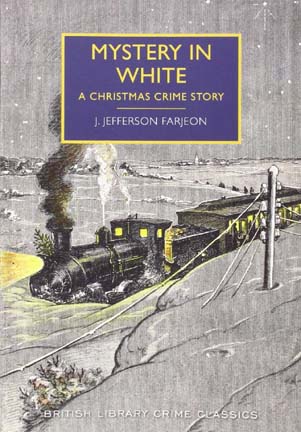 “When I returned to the drawing-room, I found the company seated around the fire, listening to the parson, who was deeply ensconced in a high-backed oaken chair, the work of some cunning artificer of yore, which had been brought from the library for his particular accommodation. From this venerable piece of furniture, with which his shadowy figure and dark weazen face so admirably accorded, he was dealing forth strange accounts of popular superstitions and legends of the surrounding country, with which he had become acquainted in the course of his antiquarian researches.”

Pre-dating the Victorian era, American writer Washington Irving wrote several spooky, winter tales, including this one set at Christmas-time. Although he’ll be forever associated with Halloween, thanks to The Legend of Sleepy Hollow, it’s well worth giving his other work a read. 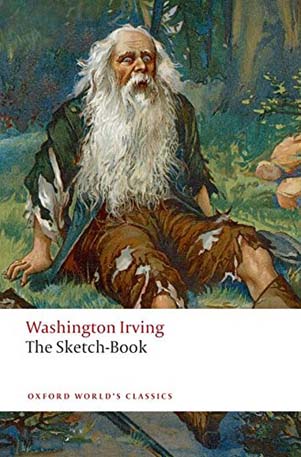 “It was the Yuletide, that men call Christmas though they know in their hearts it is older than Bethlehem and Babylon, older than Memphis and mankind.”

In this typical story of madness, depravity and forbidden lore, Lovecraft’s narrator pays a Christmas visit to Kingsport, only to find that the locals at the church aren’t gearing up for a traditional Christian celebration, but something altogether darker. Generally thought of as Lovecraft’s first Cthulhu Mythos story, a fact that makes The Festival interesting in itself. 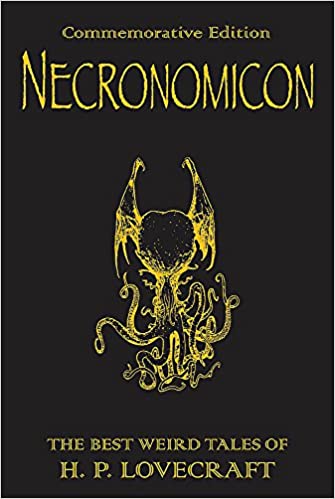 The Story of a Disappearance and an Appearance

I’ve included this lesser-known tale because it’s the only Jamesian story to be actually set at Christmas-time. In truth, at this time of year I take out my collected editions of his stories and read them all, because he really is the master of the ‘pleasing terror’. This one is essentially a low-key tale of a man searching for his missing uncle in his old home-town, and features a memorable appearance from a creepy Punch & Judy show. 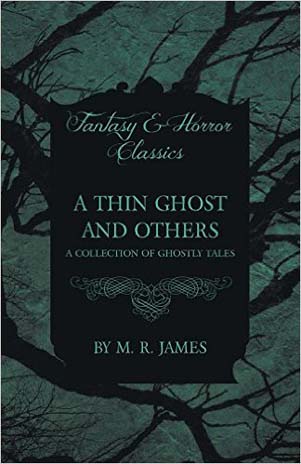 No list of Christmas ghost stories would be complete without some work from that most famous Victorian writer, Charles Dickens. However, as everyone has read A Christmas Carol, or at least has seen the films a dozen times, I’ve gone for a more unusual pick. Opening at Christmas Eve, this portmanteau story by Dickens and five other hand-picked writers, follows the fortunes of visitors to a haunted house. These aren’t actually traditional ghost stories, but more tales of regret, injustice and fear, using ghosts as a device to put the unfortunate protagonists through the wringer. 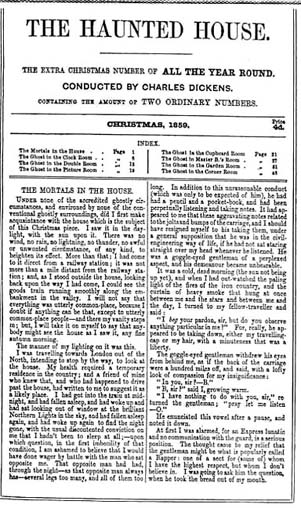