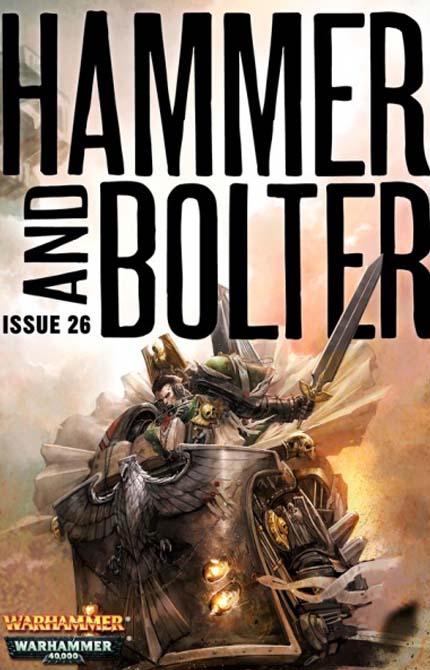 Gilead’s Curse, Chapter 12: The riddle of the sands is revealed and Gilead and his small band of allies make their last stand. As the legions of the Tomb Kings close in, will any of them survive in this final installment of the novel by Dan Abnett and Nik Vincent

Kovos Falls: Mark A. Latham makes his Black Library debut. A squad of elite storm troopers land in the traitor-filled city of Kovos Rising to perform a vital mission. But an evil darker and more terrible than mere rebels lurks in the depths of the hive

The Siege of Castellax: A clash of evils begins as the Iron Warriors factory world of Castellax is invaded by an ork Waaagh! An exclusive extract from C L Werner’s first Space Marine Battles novel.

Emperor’s Deliverance: On Armageddon, Sister Athena tends to the wounded and traumatised. But a conflict with the Marines Malevolent shows Athena that not all of the planet’s defenders believe in the Emperor’s Deliverance. A short story by Nick Kyme.

Fangs of the Asp: Long ago, Queen Neferata of Lahmia fought and killed her rival, and friend, Khalida. But the past never stays buried… The two queens clash again in a new Time of Legends short story by Josh Reynolds.