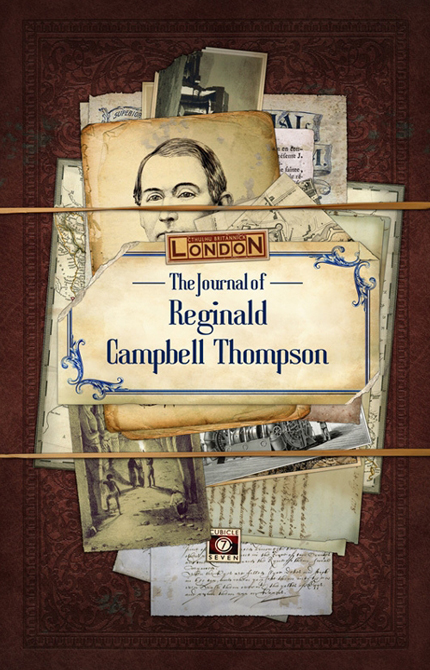 The Journal of Reginald Campbell Thompson

“Within the inner sanctum, the central altar had been moved across the dais, and there were signs of excavations all around it. The sound of the muttering continued as if our intrusion had gone unnoticed, and it came from behind the altar. Upon investigating, we were all seized with an unimaginable terror.”

Nineveh! Most populous and ancient city of the Assyrian Empire of antiquity. Ringed by great walls and vast gates, filled with forgotten treasures, mysterious carvings and great libraries of tablets. All lost to the modern world.

In 1903 British archaeologist Reginald Campbell Thompson set out to locate the site of ancient Nineveh. This expedition was widely and erroneously reported as a failure. His 1919 return to Nineveh and the temple of Nabu went entirely undocumented, until the discovery of this journal.  Campbell Thompson, ever the adventurous academic, sought to unlock the temple’s secrets. Secrets that should have remained hidden in the Assyrian desert.

As part of Cubicle 7’s Cthulhu Britannica line The Journal of Reginald Campbell Thompson is both a fascinating standalone work of Call of Cthulhu Fiction as well as a deluxe, in-world artefact for use with the London-based The Curse of Nineveh campaign.