It’s been a while since I’ve written a blog about my writing process, and I promised ages ago that I’d do more of these. So today I’m going to talk a bit about planning.

Let’s get one thing straight right away: I’m not a meticulous planner (much to the chagrin of some editors). In the spectrum of ‘Are you a planner or a pantser?’, I fall pretty much in-between. I do some planning – sometimes lots of it. But I know the plan will change once I start writing – the plan is guidelines, more than actual rules. Yarr. 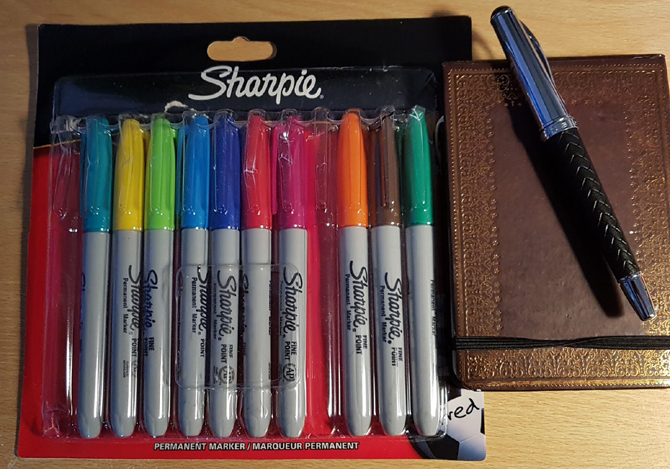 My planning starts life in a notebook. I carry one everywhere, so I can jot down anything that pops into my head about the current project. Once I’ve got enough notes that a story has presented itself, the fun begins. That’s when I take a pack of Sharpies (other brands are available), and a big flipchart pad, and start mind-mapping story elements. I have one or more flipchart pages for almost every book and short story I’ve written/am writing.

I don’t always go about this process the same way, and sometimes I do multiple pages for different purposes, so let’s take a look at some specific examples.

This particular page is really just a plot chart, but doing it this way allowed me to identify the gaps in the story, and add extra scenes easily, then link them all with arrows later. The eagle-eyed amongst you will see that The Iscariot Sanction changed quite a bit after the planning. The key points are still there, but in this version John Hardwick started out in Alaska investigating the thinning of the veil, while Lillian battled vampires in London, then I brought them together at the midpoint. I also changed Sir Arthur’s name (which we implemented in the final edits of the Lazarus Gate, too) from Cecil to Furnival. 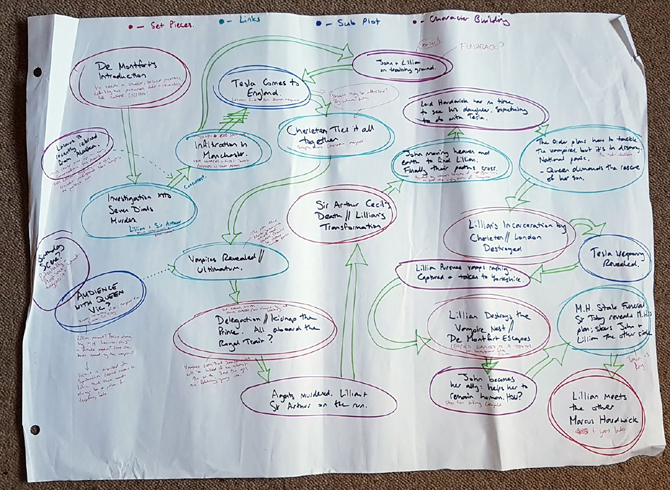 I do this type of chart occasionally for fine detail, and I use a flipchart rather than an Excel spreadsheet so I can pin it up somewhere over my desk and refer to it easily. This is an hour-by-hour breakdown of character movements in Sherlock Holmes: The Red Tower – absolutely invaluable when dealing with multiple characters interacting over a short period of time. 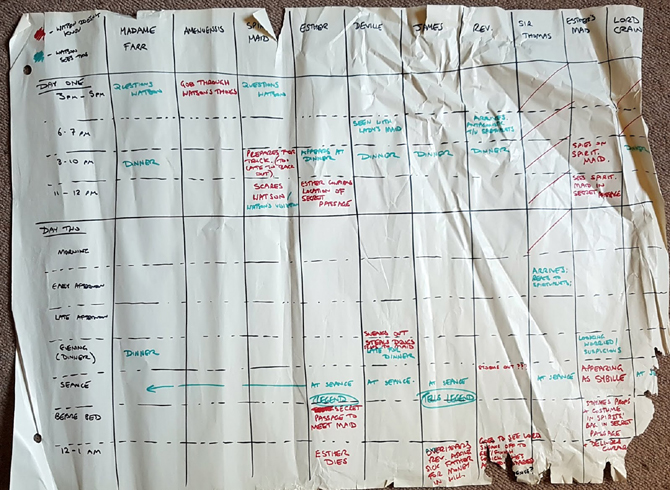 As you can see, flipcharts don’t always survive contact with #bdog… 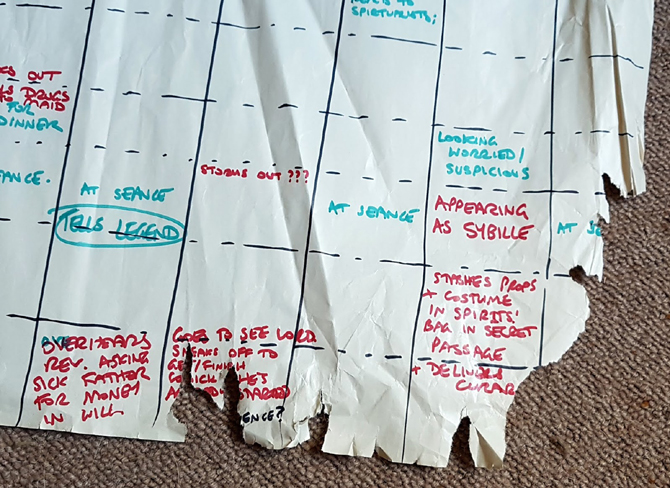 A Betrayal in Blood

This is the more usual way for me to start my flipcharting, but I’ve saved it till last because this particular example is the most interesting.

What you have here is the very first mind map for A Betrayal in Blood, then called ‘The Trial of Van Helsing’. There are loads of little details that didn’t make the final book. The main reason was one of space. When I sold Betrayal, I’d assumed it would be a standalone book, and therefore length wouldn’t be an issue. It was only after I’d started writing that I found out it was to be published as part of an ongoing series of Sherlock Holmes pastiches, and therefore was subject to a strict word count. Chapters had to be cut, characters had to be conflated. A lot of my research into Stoker’s anomalous notes on Dracula sadly went unseen – I never got to really characterise Aytown, singleton, Young and Windeshoeffel, although I managed to put a little nod to them all in the book. There was also no room for the royal conspiracy I had planned, and to save space I ended up making Van Helsing far more villainous, and Arthur Holmwood less so.

Not all of these changes were to save space. Some became apparent during the writing process as being overly complex, or exemplifying the sin of showing too much research on the page. What we ended up with was a much tighter, more action-packed narrative, with clearer-cut villains and less ambiguity of motive. I’d love to revisit this plan one day, if only to write the essay about the inconsistencies in the ‘crew of light’s’ story. 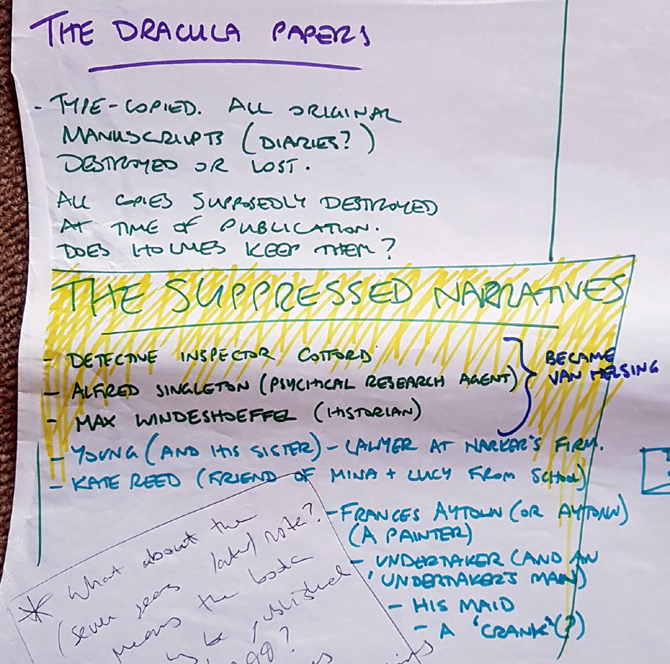