Unbelievably, it’s almost the end of another year. I think the Event That Shall Not Be Named has made the year fly by in some kind of population-wide brain-fog. I’m looking at the blog and wondering how I’ve managed to write so few posts between last Christmas and this, despite the fact that I’ve been manically busy. Ah well, here we are at last. Pull up a seat by the fire, and let’s get started…

Most folks come by my work in either the world of fiction, or tabletop gaming. 2021 has been quite frantic on both counts; but I’ve also started taking on increasing amounts of work in the video-gaming and mobile gaming spheres, which means I’m working on a whole bunch of really cool projects that I can’t (yet) talk about.

In fiction, I’ve been fairly quiet, but that will change soon. This year has been quite tumultuous – I finished a big fantasy novel, which I haven’t yet sold to a publisher. I parted ways with my agent (it wasn’t working out, I decided to leave the agency, these things happen in publishing), and I’m looking for new representation. Unfortunately, the aforementioned Event That Shall Not Be Named means that this is the worst possible time to look for agents, so there’s a big delay on the book. However: in the meantime I’ve signed a deal for several short stories and at least one novel set in a really cool fantasy RPG setting – the first of these should be out next year. Fans of my Victoriana stories need not worry – I’ve also got a new Sherlock Holmes short story coming in 2022, as well as a French translated edition of at least one of my Holmes novels. More on all of those projects as they happen!

In gaming, most of you will have heard of Lasting Tales by now, and the development cycle is almost finished. The rulebook has ‘grown legs’ as they say in the industry, and it’s going to be a huge book, packed with scenarios, campaign options and lore. I honestly don’t think backers of the Kickstarter have twigged just how much bang for buck they’re going to get out of these rules, and I’m very excited to see their reactions when it arrives. Beyond that, work continues in the background on The Elder Scrolls: Call to Arms, with lots of plans afoot for the next few years. The fact that Call to Arms bagged Best Wargame 2021 at the Tabletop Gaming Magazine awards was the icing on the cake for an excellent year in gaming.

All that’s left of for my send a huge thank you and big shout-out to all my family, friends, followers, readers and fans, who’ve reached out over the last year, or simply continued to support my work. You’ve played a very large part in keeping me sane, and I know lots of writers and game designers in this industry who feel the same way.

Wishing you and yours the very best Christmas, holiday, and New Year! 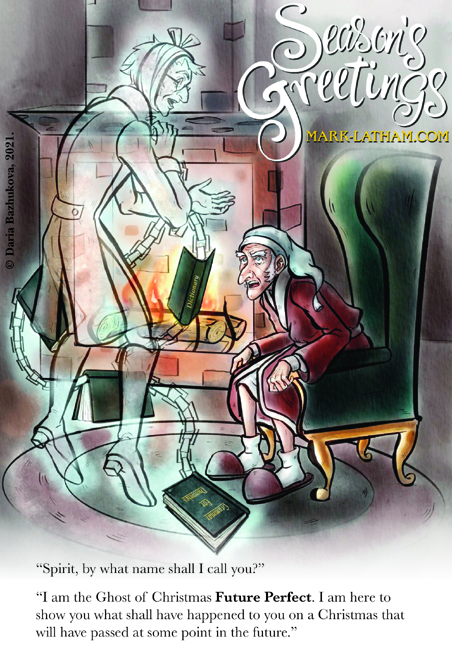