Having neglected the blog a bit (again), I realise I never did follow up on my mooted series of Top 5 Games lists! Last time out, I covered board games. This time (perhaps controversially), I’m looking at wargames. I’m almost hesitant to write this one, because most of the games I design are wargames, and therefore my biases are about to be exposed… However, I’m not exclusively looking at games that I play regularly now, but games that have brought me great joy throughout my gaming life.

That’s the disclaimer done. Now, in reverse order, the top 5: 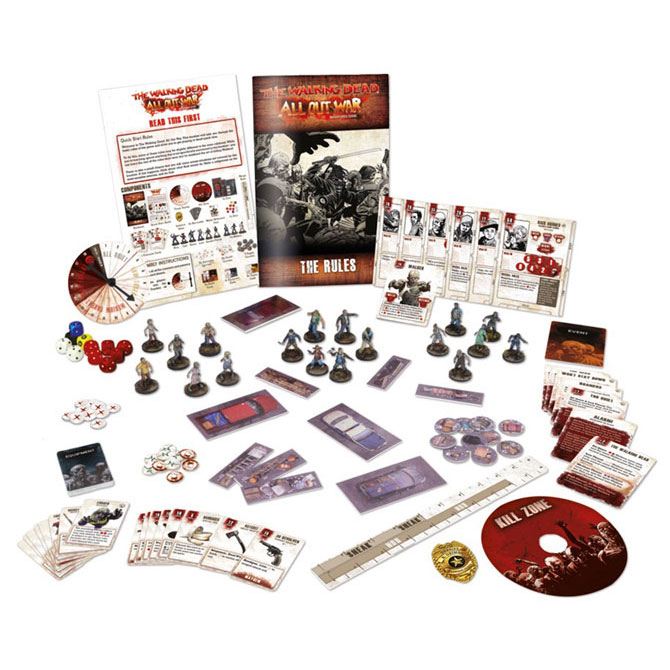 5. The Walking Dead: All Out War

Yes, it’s my own game. I’m going to take the hit early on, amid accusations of egotism. Of all the games I’ve written, this is one of the few I play casually, with no playtesting in mind. It’s just one of those projects where everything came together, and we managed to capture that lightning in a bottle of neat mechanics, strong theme, collectability and cool aesthetics. Very much a hybrid game (as in, it uses a lot of board game style rules and bespoke components), All Out War is a game I’m very proud of. 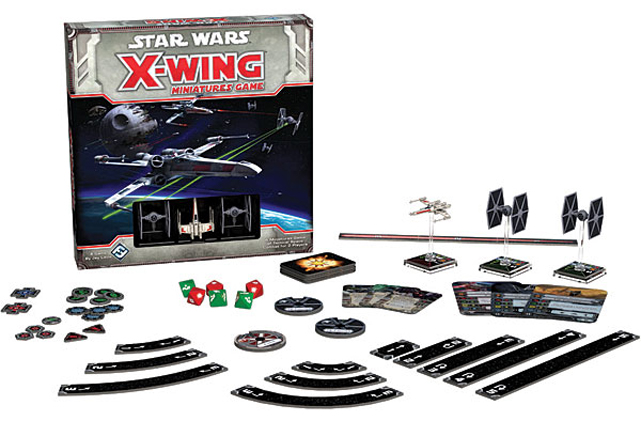 Is it a wargame? Is it a board game? Maybe it’s both, or neither. It certainly changed the landscape of competitive tabletop gaming – it’s arguably the reason that neoprene gaming mats became so popular, and why 3-foot square gaming areas took over from 4-foot square, and why pretty much all miniatures games these days are expanded with booster packs full of cards rather than the old GW method of miniatures + supplemental book. As a painter and modeller, I have turned my hand to painting a few of the miniatures – I just can’t help myself! – but by and large I just play this game straight out of the box. I haven’t been able to get on board with 2nd edition, and it looks like a 3rd will soon be on the way, but what does it matter? I have almost everything I need from the first edition of the game, and they’re still great fun to play.

3. The Lord of the Rings Strategy Battle Game

The original version of this ruleset, by Rick Priestley, remains a massive eye-opener in my career. Gone were the ranked-up units of Warhammer, and the pages and pages of mechanics. This was one of the most streamlined, pared back sets of rules I’d ever read. And it absolutely oozed the flavour of Middle-earth. This was mechanics, background and imagery working beautifully together. Every game told a tale of good versus evil, of heroes and villains and the minions under their command. As Rick said in the introductory video that played in GW stores across the world: ‘The rules are simple. Deceptively simple.’ And he was right. This was elegant rules writing at its finest, and something I’ve tried to emulate over the years.

The Grognards amongst you will recall that I based my Legends of the Old West game on this set of rules, and it’s a great testimony to the robust core system that it lends itself so well to pretty much any setting. 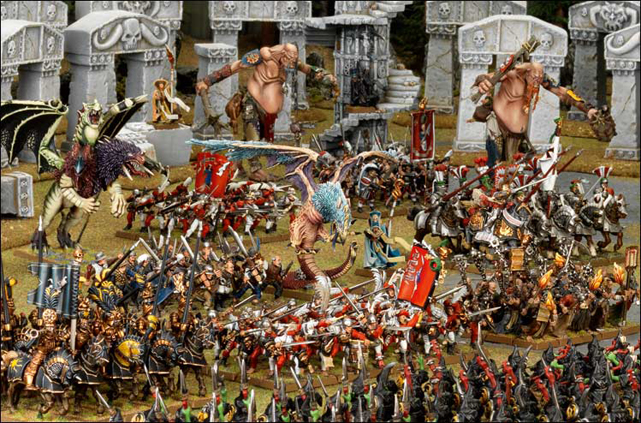 There’s a definite Games Workshop bias in this list, isn’t there? But that’s hardly surprising – the reason I started working at GW in the late 90s was because I was already a superfan of their games, and wanted to be involved.

My first introduction to Warhammer was 4th edition (the one everyone calls ‘Herohammer’, but I loved it for all its flaws). I played every edition thereafter, but I have to confess the best edition of all was the last one: the mighty 8th, penned by my friend Mat Ward (not that we were friends at the time, given that I was a meddling and very opinionated editor, but we got there in the end). This edition took away most of the excesses of earlier attempts, and played up the game’s strengths. There were some weird scenery rules that no one ever used, but they were kinda foisted upon the design team for commercial reasons, so I just choose to block them from memory. I don’t know what the future has in store for the Old World, but they’ll find this one hard to beat. 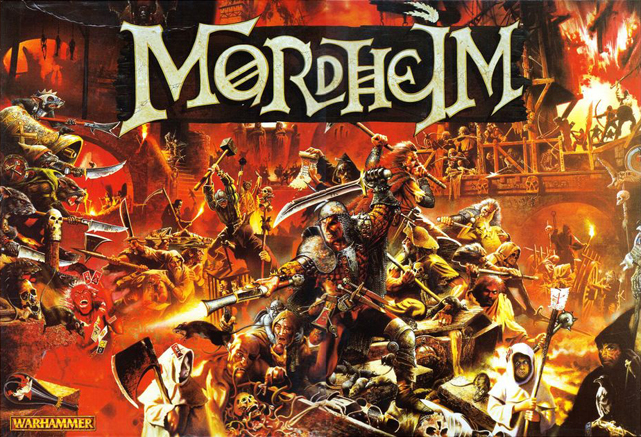 Relentlessly grimdark (perhaps too much for some tastes), Mordheim was essentially Necromunda but for fantasy. And to be honest, because the parent system was much stronger (Warhammer, as opposed to 2nd ed 40k with its clunky combat rules), Mordheim stands up as the better of the two systems. With a campaign system reminiscent of my favourite game from the last blog, Warhammer Quest, this game had me chopping up fantasy miniatures on a weekly basis. It’s the only game I actually played in a Games workshop store for fun (rather than because I was staff), and my Reiklanders and Dwarf Treasure Seekers did me proud! 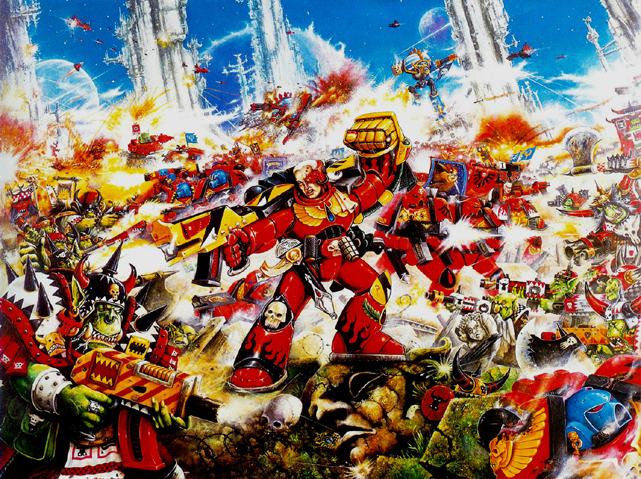