It may come as a bit of a surprise to learn that I’ve been playing pen n’ paper RPGs for longer than I’ve been wargaming (only just). Shortly after discovering Heroquest and Space Crusade in my early teens (more about that here), I picked up a book in the school library called Dungeoneer, which was the RPG version of the ever-popular fighting Fantasy gamebooks. This really opened up a whole world for me as an awkward, geeky teen. Now, with my equally awkward, geeky friends, we could escape into worlds of fantasy limited only by our imaginations. Some would say I still do that now, only as an actual job!

One thing to note is that I’ve always been naturally drawn to games low on crunch and high on narrative. I never really see the point of dense mechanics, because as a GM I always ignore them anyway in order to keep the game moving – I hate stopping to look up charts and fiddly rules, especially during fast-paced action scenes. So games that I run very much emphasize ‘role’ over ‘roll’, because when I play an RPG I’m looking for a very different experience from a wargame.

So, what are my all-time favourite games after 28 years in the hobby? Glad you asked! Here are my top 5, in reverse order: 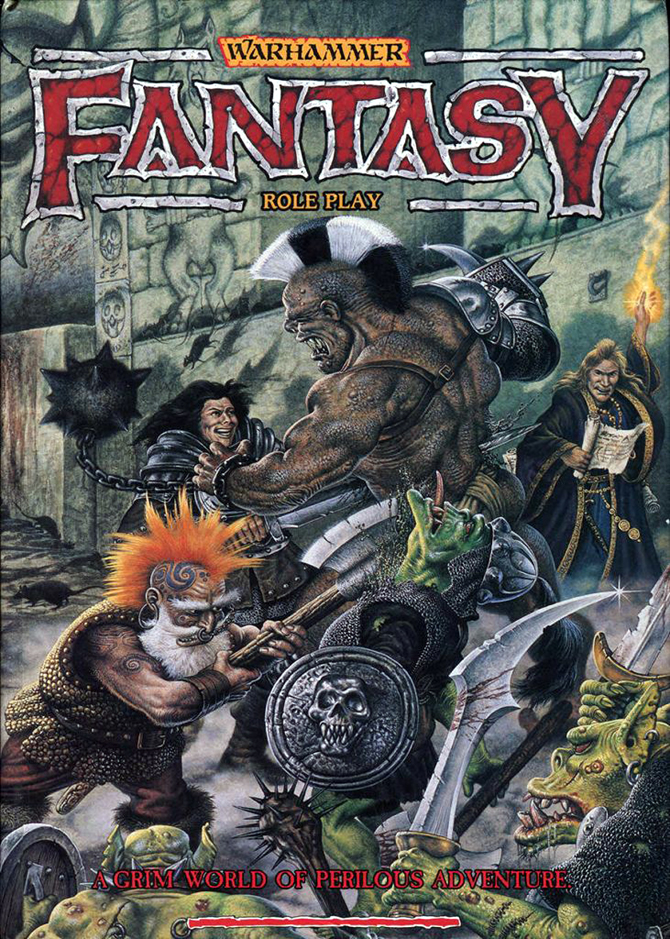 I’ll get the Games Workshop connection out of my system early on. WFRP is an absolute classic, and perfectly captures the flavour of early Warhammer – grim and perilous, very dangerous, chaos-infused mutation shenanigans, with big slices of satirical British humour. The days before Warhammer got big and bright and started taking itself too seriously. The careers system was pretty revolutionary for the time, and was a very Marmite kind of features (you either love it or hate it). It basically meant that you started off as a novice adventurer, fresh out of your current occupation as a baker, ratcatcher or farmhand, then gradually developed your career as you went. The limiting factor is that: most adventurers don’t have careers. They become adventurers, and leave the days of honest toil behind. Training to become a blacksmith is far from the mind of one who has stared into the pits of Slaaneshi horror.

But I digress: This is a game worth playing, and a book worth reading if only for its curios of now-forgotten and retconned Warhammer lore.

Now, if you recall from my last Top 5 blog, I love mechanics that reflect the background and theme of the game. And hand-on-heart I have never found another game that does this quite as well as Castle Falkenstein.

In this game, a modern day roleplayer is magically transported into an alternate Victorian past, where steampunk devices and fey entities threaten the great empires of Europe. While there, the gamer devises the RPG that you are now playing. He has to use cards, because “dice are a cad’s game” (when he first playtested it with dice, several ladies swooned). This is a system where propriety and etiquette are as important as swordplay; where swearing can cause ‘constitutional shocks’ to sensitive-mannered nobles, and where combat means nothing unless delivered with panache. It’s an old game, but I heartily recommend it if you can find a copy. 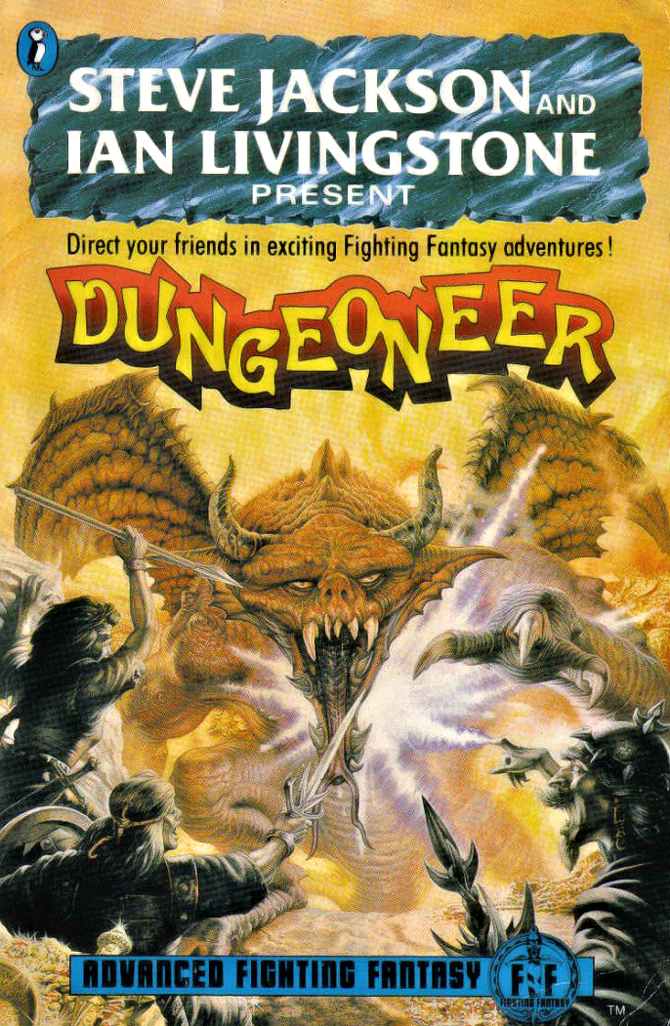 This is where it all started for me. Dungeoneer! was the first book in a series, published in the same paperback format as the Fighting Fantasy gamebooks. The conceit here is that the GM is a ‘director’, and this is his fantasy movie – you ignore all the boring travelling and planning between encounters, and just yell ‘Cut!’ and move to the next scene. The world of Titan is pure, unadulterated old-skool joy – the sourcebook (just called ‘Titan’) rationalises all that crazy lore from the Fighting Fantasy series, while the bestiary book ‘Out of the Pit’ provides stats for all the monsters you’ve ever fought while turning to page XX.

The system is really simple – roll two six-sided dice, add your SKILL value, the higher score the better. In fact, it’s too simple to facilitate long-term campaign play, but the action moves along at a rollicking pace, and is super-accessible for younger gamers.

Diceless RPGs never quite seem to take off, even though they’re often among the most innovative games out there. ‘MURPG’ was no exception, even though it seemed to have everything going for it. Sure, this was pre-MCU, but Marvel was still a big-ticket property, and this was the parent-company’s first foray into games publishing. They hired a killer team, and designed some beautiful books with totally official background and scenarios. The system broke encounters down into ‘pages’ each of which incorporated several smaller actions called ‘panels’. Each page, players would move their power gems around their character sheet, dictating whether they were going to attack, defend, negotiate, use their superpowers, and so on. It was very, very good at emulating the flow of a comic strip.

So where’d it go wrong? Rumour has it that Marvel expected sales more akin to their comics line, and hadn’t really researched RPG book sales. So when the game didn’t immediately outstrip sales of established lines like D&D and Pathfinder, the execs saw it as a failure and pulled the plug. We never even got the Spider-Man expansion. What a No-Prize! 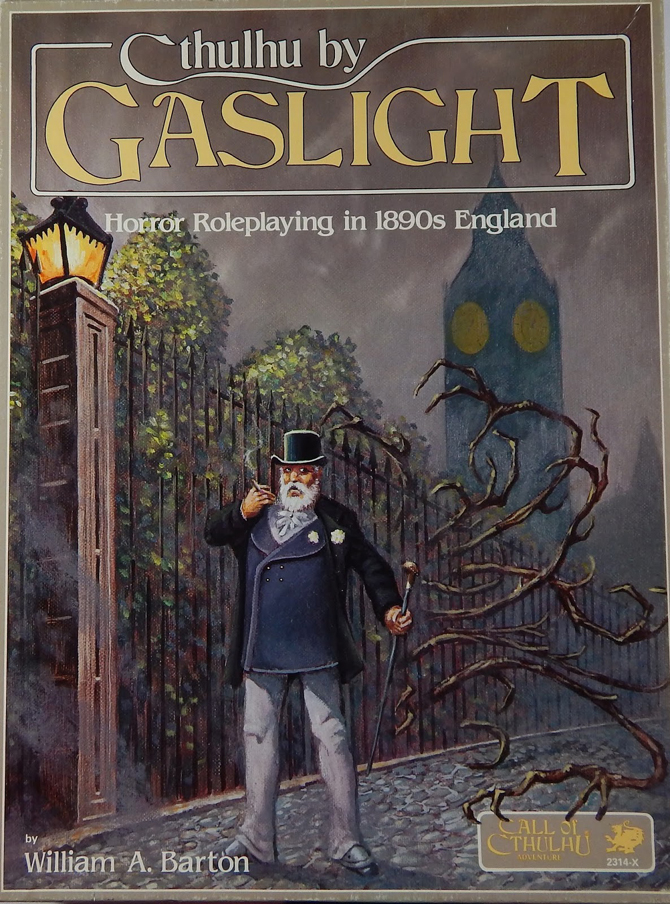 Okay, a very personal choice here, and I picked it over the parent system (which in this case is Call of Cthulhu 3rd ed, I think – someone might correct me there). Is it the best game in the world? No. But there’s something just magical about the introduction of the Cthulhu Mythos into the foggy streets of Victorian London. The percentile system is pretty rudimentary, but really intuitive – there’s very little complexity in the mechanics, meaning you can just get on with roleplaying.

My own campaign ran for a long time (you can see my prop-making thread here). It was largely non-Mythos, and that’s because the system handles general occult horror so well that the Lovecraftian element is really just icing on the cake. Just use Sanity checks for general fear/terror, and you’re away. The book also contains a wealth of information on Victorian London (as it’s written by an American, there are some inaccuracies, though generally it’s very well researched). The introductory adventure is a bit of damp squib due to its overreliance on Sherlock Holmes, but there are two incredibly good adventure books if you can track them down: Sacraments of Evil and Dark Designs.

I had so much fun with this game, and those RPG sessions were great creative fuel for my Victorian fiction. 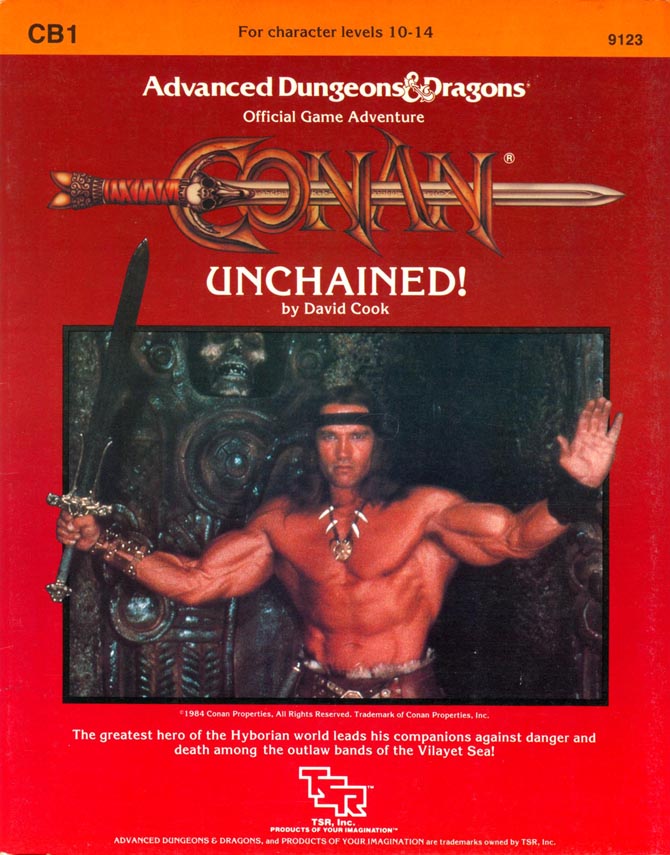 So this is like the TBR pile, but for games. Erm… a TBP pile? Anyhow, anyone who loves roleplaying games knows that buying and collecting RPG rulebooks is a separate hobby from actual playing them. But, time permitting, here are the ones I’ve acquired recently that I’m most eager to run: 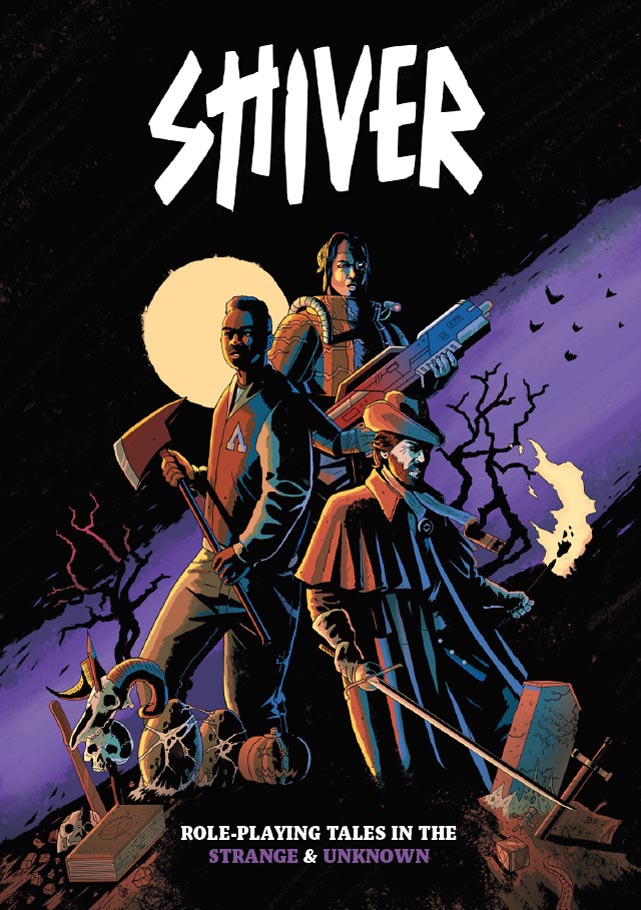