Propping up a Story

I’m an avid pen-n’-paper roleplayer, and have been for many a year. Ever since embarking on my first Advanced Fighting Fantasy quest in the school library aged 14, I’ve more often than not run games rather than participated as a player. And one of the things I love doing is making props. These started out as drawings, maps, cards and so on, but over the years have developed into a full-blown hobby.

NOTE: This post started life as a Twitter thread, but I decided to give it a home here on the blog. 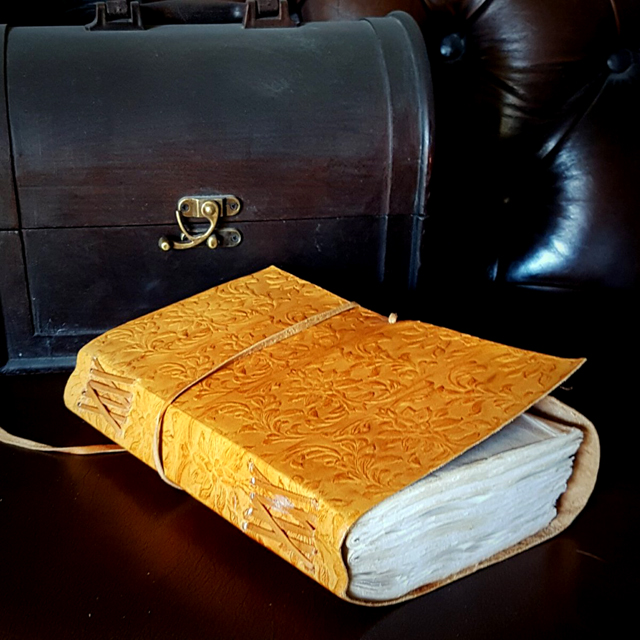 The basic premise was my players were paranormal investigators working for a weird Victorian gentlemen’s club. Sound familiar? 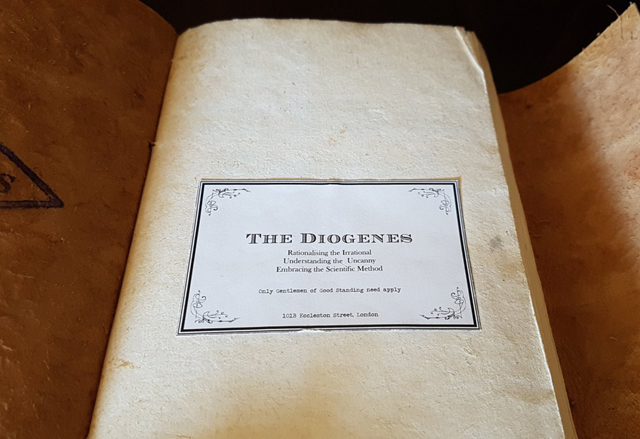 Because I’m a bit of an obsessive, I created hundreds of period Victorian props. Including maps like this one from Cassini Maps. 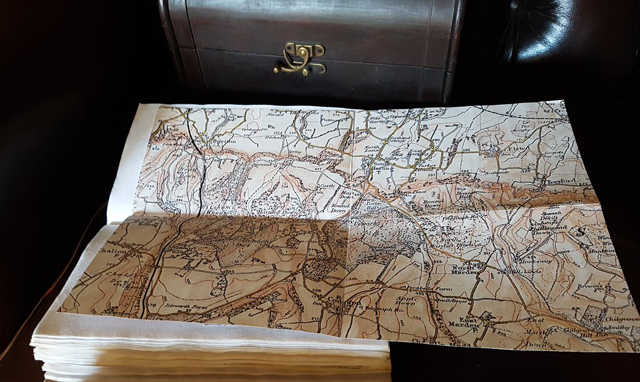 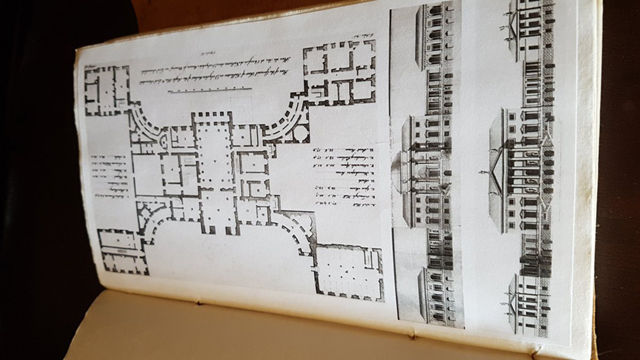 After each session, the players would write up their notes in-character. Usually I’d take their notes and convert it, using a handwriting font unique to each character. Some were brave enough to write directly into the journal. 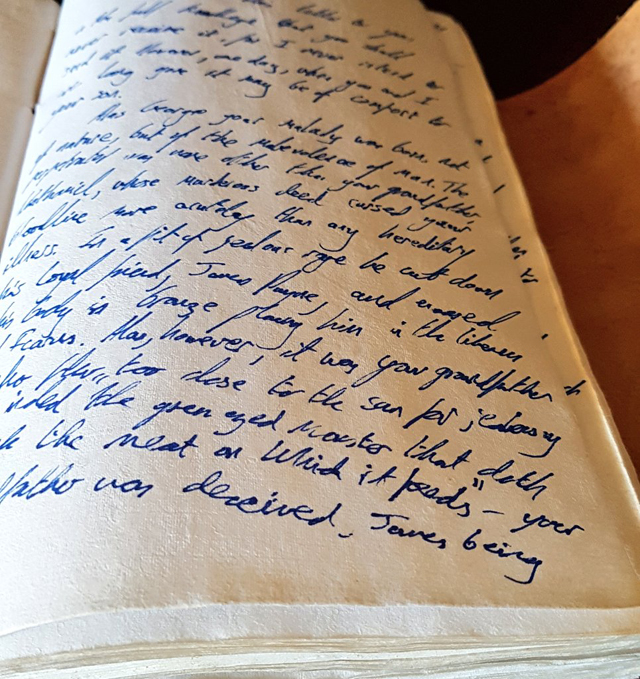 Gav Thorpe played a Psychical Investigator. Every game he’d submit his findings to the SPR journal (The Society for Psychical Research), Kolchak-style, & the running joke was that the editor would always send him a rejection letter. 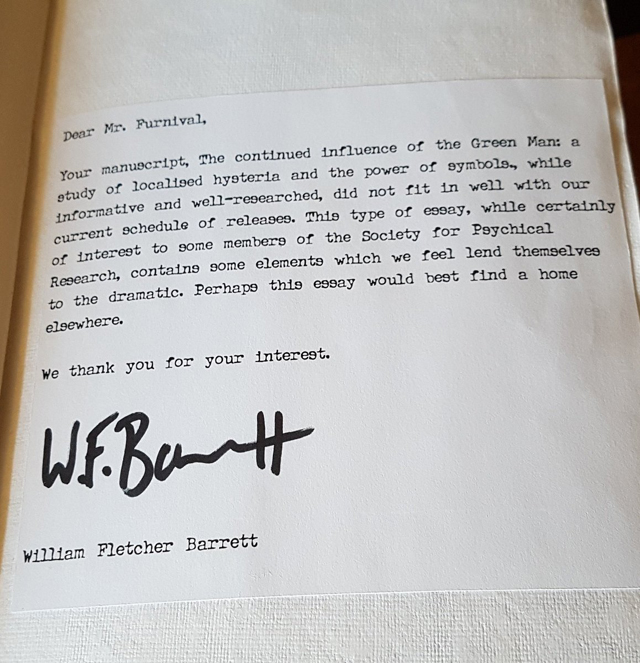 Soon, the investigators stumbled upon an Egyptian conspiracy, complete with mummies, codes and brain-eating scarabs. 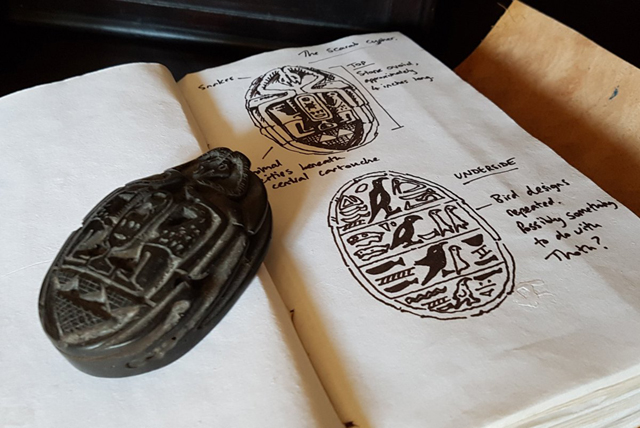 My props became increasingly elaborate. I bought a perferator blade for my paper cutter so I could make unique tear-off train tickets. Have to mention: every ticket had a unique number, and was individually distressed in Photoshop before printing in a strip and perforating. I’d ask the players who was purchasing the tickets, give them the whole strip, and they’d tear them off themselves. Tactile props! 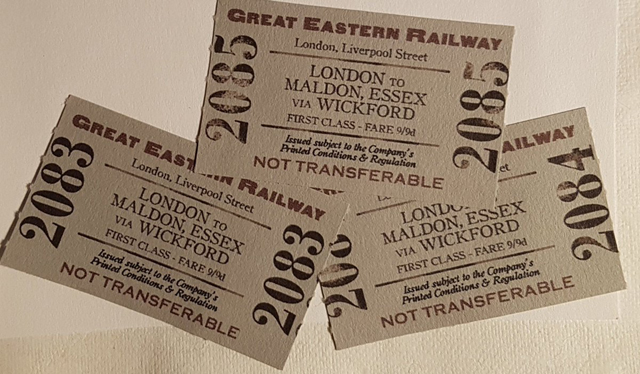 My players wouldn’t know if the props were anachronistic. But I would. I had a compulsion to make everything as authentic as possible. So I contacted local history groups, bought vintage typefaces and stock graphics, scoured antiquarian bookshops… I provided exact train timetables for the date of the adventure. Players would have to plan their journeys in real time. 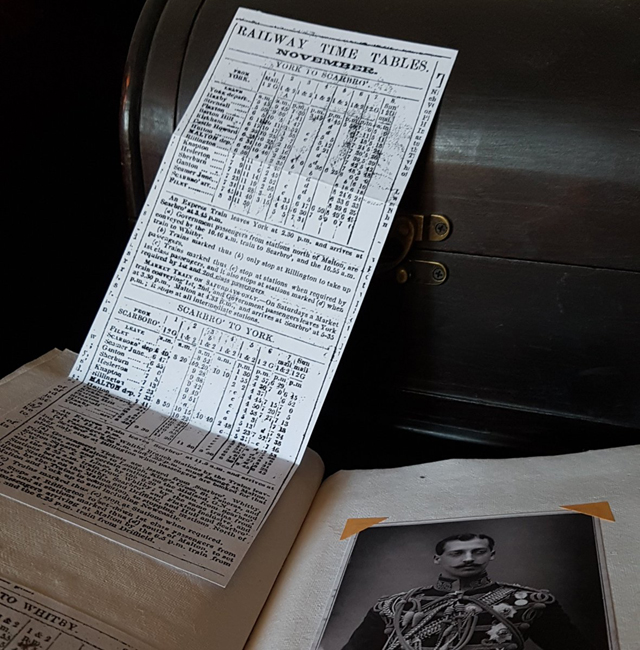 I spent ages looking for all sorts of official documents from the period I could doctor, like this telegram form. 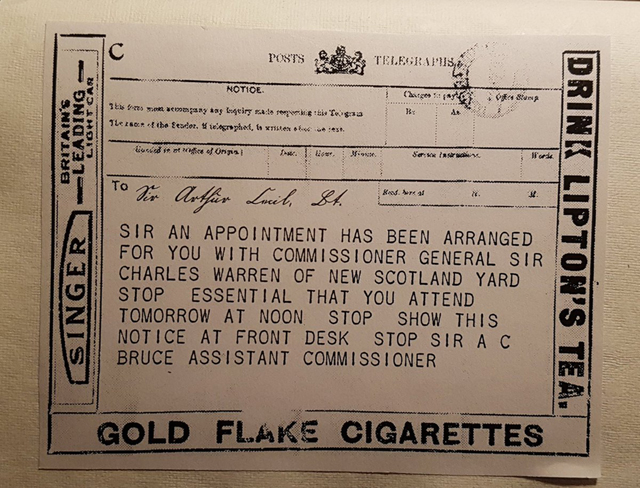 This death certificate was constructed from various sources. A tricky one, this. 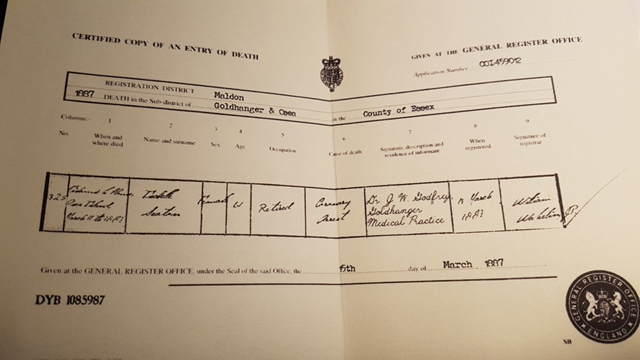 I had to create this asylum tag from scratch. The character was based on Bellingham from Conan Doyle’s Lot No 249. 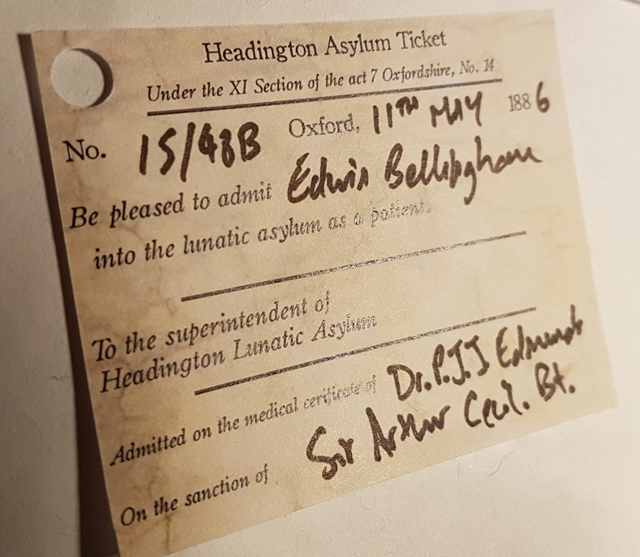 I even had a go at book-binding, recreating a book from Mark Frost’s The List of Seven, on which I based an adventure. Shown here alongside some playbills, which were constructed from several sources, aged in Photoshop, and printed on coloured paper. 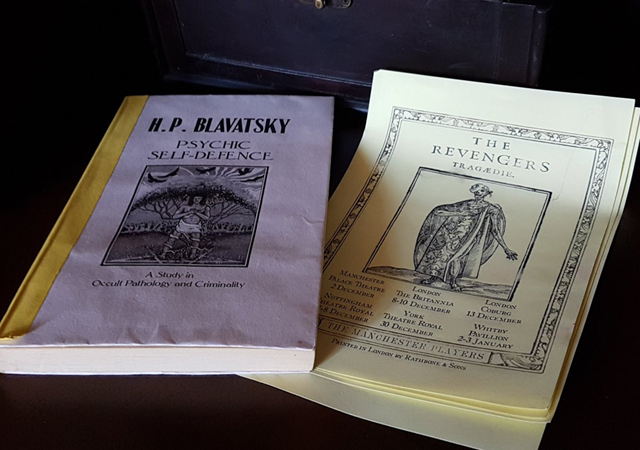 This was my hand drawn map of Osea, for an adventure inspired by The Woman in Black (but with spider-demons instead of… erm… women in black). (That was a good one. The roguish Ambrose Hanlocke, later of Lazarus Gate fame, played by former GW colleague Andy Hall, almost met a sticky end). 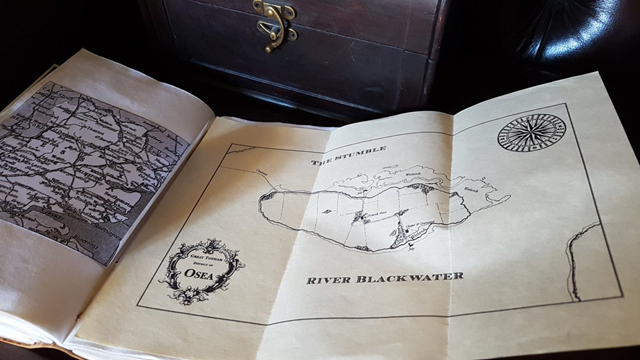 The journal also contains all the floorplans, later redesigned and printed on parchment for posterity. 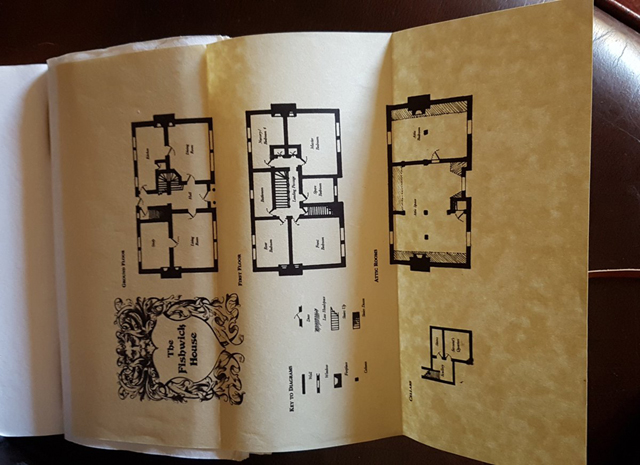 As well as fragments of sanity-blasting texts, rescued from a fire by investigators who should have known better…

These blasphemous writings were adapted from passages in Peter Ackroyd’s Hawksmoor. 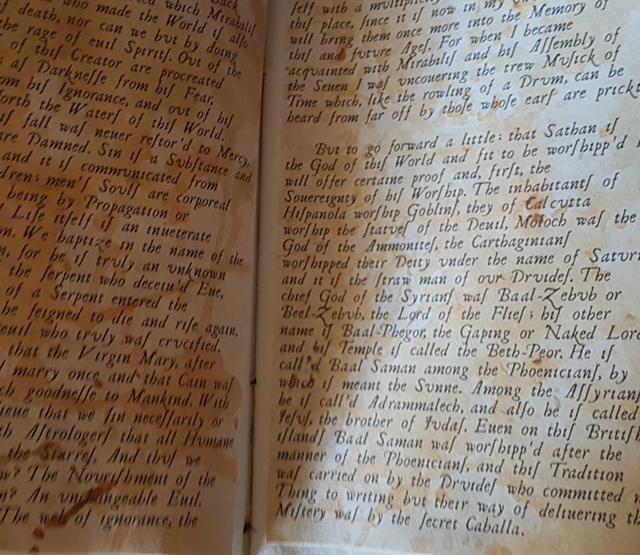 (Top tip. When making newspaper cuttings, use thin paper and print vintage adverts on the back so the newsprint shows through.) 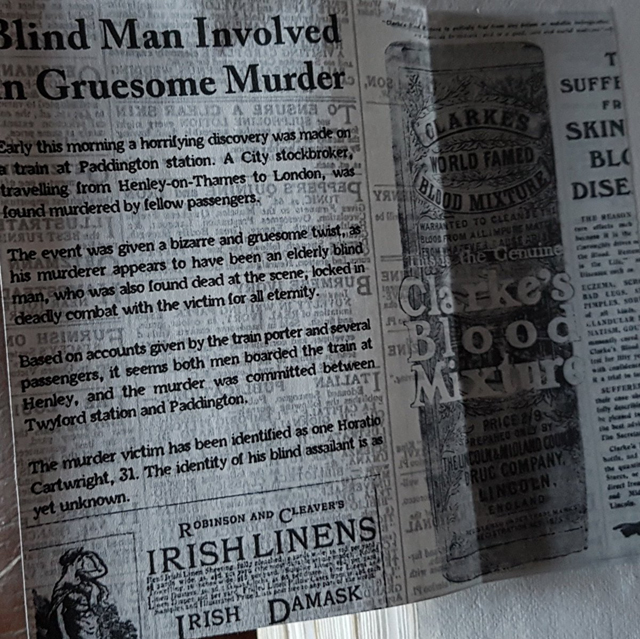 The campaign ended with a battle against master villain (and real-life murderer) Thomas Neill Cream. He was badass. 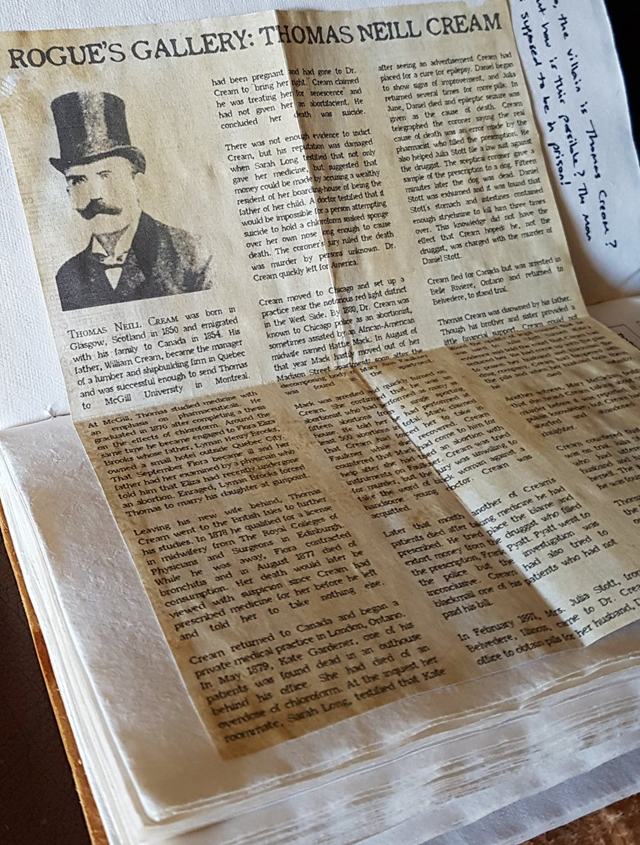 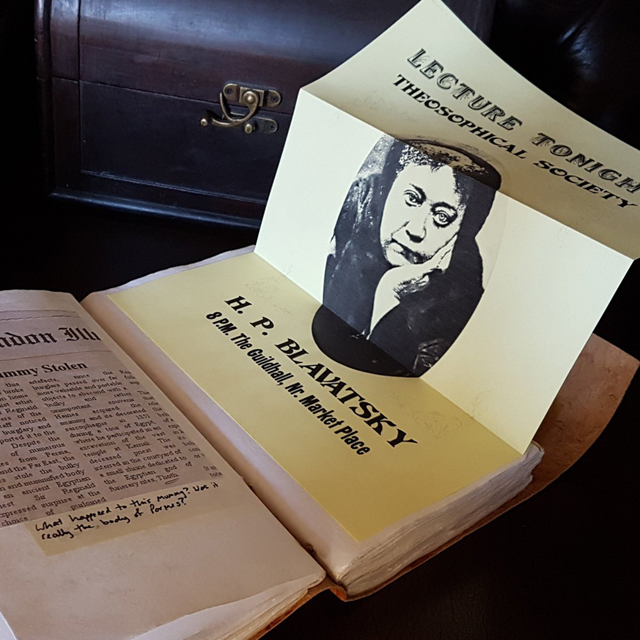