Since the likes of Dickens and Mayhew forged the way in the early-mid 1800s, many social reformers, commentators and travel writers of the Victorian era took it upon themselves to go off the beaten track for their source material. ‘Unconventional guides’ to London were published fairly frequently, and many chose to focus on the more salubrious districts of the capital, in order to cast a light on the great social divide between rich and poor. The London guidebook gave way to the ‘social investigation’ book. Many people today have heard of Charles Booth’s great work in ‘Life and Labour in London’, and the drawing of his famous poverty map. 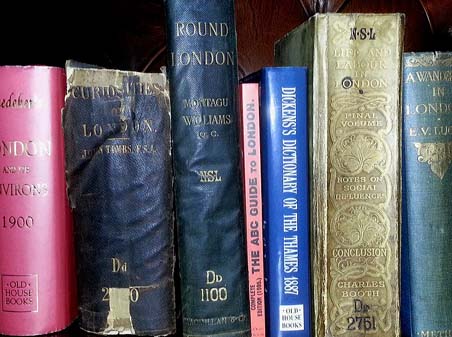 However, this blog is about those lesser known individuals, who so fearlessly braved the crime-infested streets of London’s slums in order to see for themselves the conditions of the poor, and document it so as to provide a catalyst for change.

When I’m writing about Victorian London, these books are probably more valuable to me than the fiction of the time, as they provide a wealth of real-life characters and situations to draw upon. And often, the truth is stranger than fiction!

In particular, I happened across a brilliant example of these guidebooks recently, in the form of ‘Round London’, by the wonderfully named Montagu Williams QC. Mr Williams was, as you’ll have gathered, a judge who: ‘devoted himself heart and soul and with all the masterful energy which characterised him to the acquirement of a perfect knowledge of the neighbourhoods and of the people among who his work lay.’ In other words, he wanted to understand the people who were regularly dragged before him in the dock, and therefore set out to spend as much time amongst them as possible.

In the first few pages of the volume entitled ‘Down East’, we learn of the practise of hiring gaudy hats for ladies, who in the East End would not feel right without wearing an oversized bonnet. We learn of an undertaker who made a fortune during an outbreak of scarlet fever, but then spent it all in the gin-palace around the corner and drunk himself into an early grave. The man’s shop was taken over by a low-rent amusement company, who pawned the coffins and velvet drapes and replaced them with gruesome waxworks of Jack the Rippers victims, no more than a year after their deaths, and within walking distance of the sites! 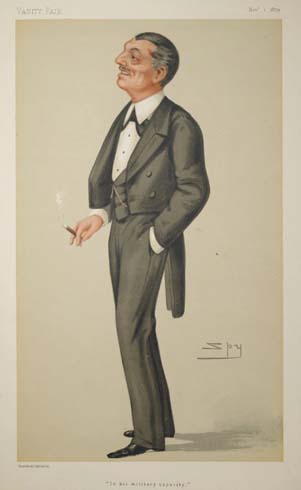 Montagu Williams QC, from a sketch in Vanity Fair, 1879. Quite the dapper gent!

Williams’ book casts a light on subjects that aren’t easily accessible to the casual researcher. It gives us a very critical first-hand account of those Victorian staples that we’ve all heard of – the match girls, poor hospitals, street entertainers, East End crime (listed under a chapter comedically entitled ‘Burglarious Bill’, in which he talks to a ‘cracksman’ about how to spot the easiest safes to break into), the old Whitechapel Jewish quarter and the racial tensions therein, and the sinister opium dens situated in notorious slums. He visits prisons, and talks to some of the very men he sent down; he visits hospitals and reports on the terrible sights he finds amongst the poorest patients. Some of it makes for grim reading, other parts are laced with humour (Williams later became a playwright). It’s all grist for the mill of the writer. 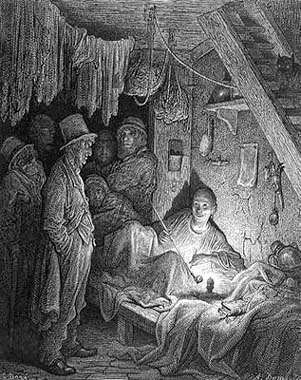 My favourite anecdote in this particular book involves Williams and his friends, after dining at the ‘Ship and Turtle’ visiting Leman Street police station (familiar to viewers of BBC One’s Ripper Street) to pick up a police escort. Their objective was to visit a Chinese opium den on the infamous Ratcliff Highway, but only after a pub crawl around the worst parts of the East End, whereupon the police officers were offered several drinks, and invited to join in the dancing with some bawdy women. When they reached the opium den, the officers paved the way, and then Williams and his friends (judges and barristers all) lay upon the divans as instructed, where ‘he proceeded to offer each of us the calumet of peace […] We were to accept the pipes, take one or two whiffs, and then put them down again. That, we were assured, would suffice to satisfy the laws of hospitality.’ Williams did, however, ask for his opium to be rolled in a cigarette rather than a communal pipe, as befitted a gentleman.

Thankfully, Williams was ‘happy to add that no unpleasant consequences resulted. The cigarette had a very soothing effect, but it neither drugged me nor made me ill.” Yes, a high court judge had a smoke of crack, but claimed he wasn’t high. Imagine the newspaper reports were that to be published today!

Sadly, the story ends badly for some residents of Ratcliff Highway. As Williams and his friends left the opium den, they heard a hue and cry, and were thrust into the middle of a panicked crowd. Apparently some ‘Chinamen’ had been robbed in a nearby pub, and had become embroiled in a fight. When a mob of Englishmen set upon them, the Chinese men (possibly members of a notorious East End gang) drew knives and fought their way to freedom, indiscriminately stabbing men and women in the process. Williams happened across a dead body first hand. Grim stuff!

And yet, he continued his journey ‘Round London’. Without his intrepid spirit, and that of men like him, we wouldn’t have such colourful records of life in the Victorian era. Raise your glass to Mr. Montagu Williams QC. Gawd bless ’im.