As it’s that spooky time of year – the time when, weirdly, I’m at my most productive due to the naturally atmospheric environs in which I’m writing – I’ve taken to watching lots of horror movies. Now, I love horror films, but I also hate them. Why? Because they’re so often hackneyed, low-budget, jump-scare-laden bore-fests that every time I rent a new movie it feels a bit like Russian roulette. Or, worse, eating a bag of Revels.

So every time my dear lady wife gets annoyed that I’ve made her sit through yet another stinker, I instead turn to the classics – those scary movies that are proven winners. They’re not all oldies, but they all have common elements: they value atmosphere over CG high-jinks, and storytelling over gore.

As Hallowe’en fast approaches, I give you my top 5 spooky movies (with the emphasis on spooky, as opposed to horror). Do check them out – you won’t be disappointed. 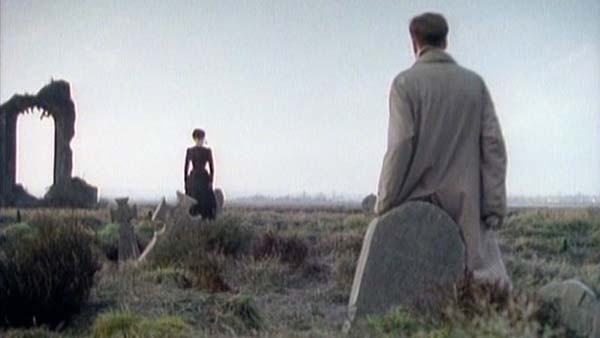 “Oo, that one with Harry Potter in it?” I hear you cry. Nope. It’s the one with Harry Potter’s dad in it. (Although I don’t actually mind the new version – see below). Written by Nigel Kneale, the talent behind Quatermass, this was ITV’s answer to the BBC’s Ghost Stories for Christmas, and what an answer it was. Dripping with atmosphere, this TV movie remains one of my favourite creepy tales on screen – I saw it as a nipper, and ‘That Scene’, which many people who watched it first time around remember all too well, gave me nightmares for some time to come.

Even though this is a fairly faithful adaptation of the book (which I love), rumour has it that Susan Hill wasn’t happy with some of the minor changes.

Dr. John Markway (the late, great Richard Johnson), an anthropologist with an interest in psychic phenomena, takes two specially selected women to Hill House, a reportedly haunted mansion. Eleanor (Julie Harris), a lonely, eccentric woman with a supernatural event in her past, and the bold Theodora (Claire Bloom), who has ESP, join John and the mansion’s heir, cynical Luke (Russ Tamblyn). They are immediately overwhelmed by strange sounds and events, and Eleanor comes to believe the house is alive and speaking directly to her.

This is another movie that spawned a terrible remake (starring Catherine Zeta Jones and Owen Wilson), but the original stands the test of time, in no part due to phenomenal cinematography and sturdy performances. You won’t find any ghost special effects here – but you’ll be spooked nonetheless. 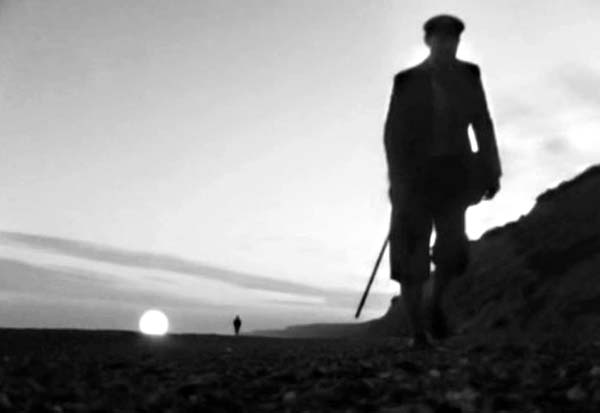 In my view the best of the BBC’s Ghost Stories for Christmas (just pipping The Signalman), and the quintessential M R James adaptation, ‘Whistle’ is carried by a bravura performance by Michael Hordern. He’s almost alone in the hour-long production, and hardly has any coherent lines, and yet he manages to convey perfectly the character of the bumbling old antiquarian on a busman’s holiday to the seaside, unleashing dark forces. His portrayal of a rational man forced to confront the supernatural is simply brilliant, and his decent into madness more terrifying than even the thing that follows him relentlessly across a deserted beach.

Speaking of things following relentlessly, It Follows undoubtedly takes some cues from M R James, with shades of Oh, Whistle, Casting the Runes, and perhaps the Treasure of Abbot Thomas in the evil antagonist. The idea of a personal haunting, in this case passed on through intercourse, hunting down the current bearer of the curse is an interesting one. The film does not shy away from presenting the whole gamut of moral dilemmas one might face in that situation, and once the curse is unleashed the onslaught is inexorable. This movie is not only genuinely frightening, but clever, too. It sets its own internal ‘rules’ for the entity at the heart of the action, and never once breaks those rules, which allows the protagonists to plan accordingly. A rare thing in horror movies.

Perhaps an odd one for the list, this film for me defies classification. Is it a psychological horror film? A ghost story? A mystery? I have no idea, but it’s almost impossible to watch without being forced into a perpetual state of tension. Seriously, it’s exhausting. And the plot isn’t really wrapped up either, so you carry that tension around for days, trying to work out what was going on, and feeling unnerved by it. Pretty successful, I’d say.

The movie was shot in the now-demolished Danvers StateAsylum, and follows the exploits of a work crew hired to strip all the asbestos out of the building. What can be creepier than a huge, deserted asylum? Nothing, that’s what. 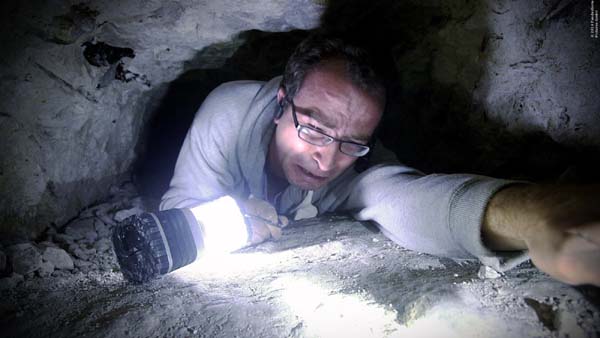 The following movies (and one three-part TV series, as it happens, but it’s brilliant so you’ll have to forgive me) almost made the list, and have made this year’s watch-list. If you like the ones above, you may well get a kick out of these, too.

Night of the Demon (1957): A brilliantly staged telling of the M R James classic ‘Casting the Runes’, this is a slow, thoughtful tale of black magic and demonology. It hasn’t aged quite as well as the others presented above, hence it makes the footnotes.

Midwinter of the Spirit (2015): A three-part exorcism TV drama written by the modern master of the genre, Stephen Volk? Oh, go on then. Seriously, it’s a crime this was never commissioned for a second series.

The Borderlands (2013): Even though I hate found footage movies, I loved this. Ultra-low-budget, with elements of folk-horror, this film has one of the most mind-bending twists in recent memory.

The Canal (2015): This is an effective, low-budget British horror film. Ostensibly a psychological horror, there’s an element of the unreliable narrator here, a bit like Session 9, that keeps you guessing even after you think you’ve guessed it!

The Woman in Black (2012): Not a faithful retelling, and full of jump-scares ripped straight from J-Horror, this is nonetheless an incredibly atmospheric movie, thanks largely to its cinematography and soundtrack. The haunted house is brilliantly done; the protagonist less so.

The Conjuring 2 (2016): I had a bit of a soft spot for the first Conjuring movie, and I think this recent sequel actually tops it/ James Wan uses his now-familiar bag of tricks again here, but he seems to have mastered his art in this offering. If you can forgive the bending of history here (the real-life Enfield Haunting was never quite like this!), then you’re in for quite the ride, I should also mention here the recent Enfield Haunting TV series, which was also brilliant, but very much a different experience.