In blogs of days past, I’ve talked about ghosts on film, Christmas ghosts, and various weird tales. A few times, I’ve promised to write up a blog about my favourite spooky stories, but never really got round to it. Until now… (Dun… dun… DUUUNNN!)

It’s December. It’s my favourite time of the year, and I’m reading loads of short horror fiction. I’ve even done a stint at the UK Ghost Story Festival, where the following question was put to various panellists several times: What are your favourite ghost stories?

(Note: I’m looking primarily at stories about ghosts and malevolent presences here, not more broadly at horror and weird tales. That’s for another day…)

I’ve found it really hard to put together a top 5, and to be honest if you ask me on another day, you might get a different list. But as of now, here are the stories I would recommend to anyone wanting to scare themselves silly on a cold winter’s night. 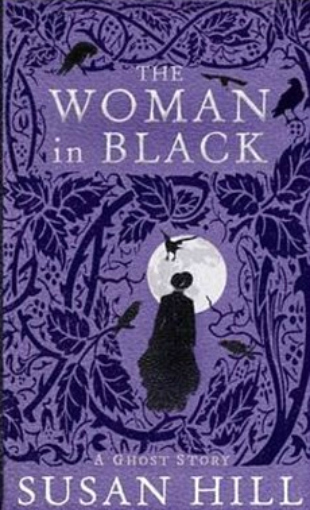 The Woman in Black

A modern classic, which has been turned into a stage play and two decent movies (one of which spawned a mediocre sequel), The Woman in Black is the quintessential ghost story. It’s told in the style of the masters (notably M R James), and follows many of James’s rules of the ghost story. It’s a short novella, so it just about qualifies for my list of short fiction, and it’s brilliant.

More by this author: Susan Hill has written a series of ghost stories now, some more successful than others. If you liked this, you’ll also (probably) like The Small Hand, and The Man in the Picture. (Maybe steer clear of Dolly and Printers’ Devil’s Court though. Even a writer of Hill’s quality can hit a dud.) 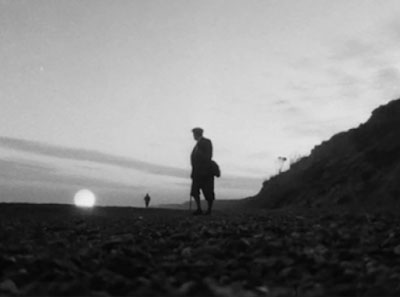 Image from the 1966 film adaptation of Whistle and I’ll Come to You,
directed by Jonathan Miller who sadly passed away this year.

Oh, Whistle, and I’ll Come to You, My Lad

Regular readers will be aware that I love M R James stories. It’s unhealthy. I re-read a bunch of them every year, re-watch the excellent BBC Ghost Stories for Christmas, as well as the dramatic readings by Nunkie Theatre (do check those out if you have chance). His most famous story is Oh, Whistle, and with good reason. An all-time classic, cautionary tale, that’s perhaps rather too obvious for a top 5 list…

More by this author: There’s very little by James that wouldn’t make recommended reading, to be honest. I could well have picked The Tractate Middoth, the Stalls of Barchester Cathedral, Number 13, or the Treasure of Abbot Thomas in place of Oh, Whistle. Just grab one of the many collected editions (except that 150th anniversary edition I previously reviewed, with its shlonky editing) – you won’t be disappointed. 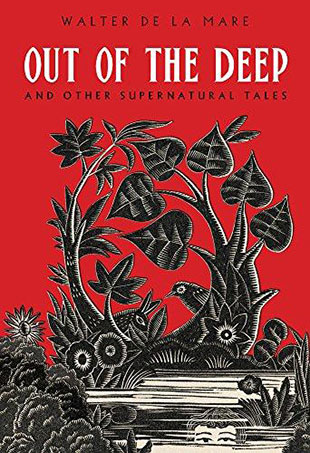 Walter de la Mare takes some getting into if you aren’t used to the vernacular, because his prose is poetic and florid (probably because he was mainly a poet…), and his stories are almost all ambiguous to a fault. All Hallows is no exception. I’ve read this story dozens of times, and there’s no ‘true’ reading of it. Are there any ghosts in it at all? I think so, but it’s hard to tell. What you have here, then, is a masterpiece of atmosphere and sustained tension. The titular cathedral certainly leaves an impression, even if the spooks lie low.

More by this author: Another de la Mare story that doesn’t technically feature a ghost (but I which the characters are certainly haunted), Seaton’s Aunt is rightly regarded as one of the finest, most unsettling short stories ever written. 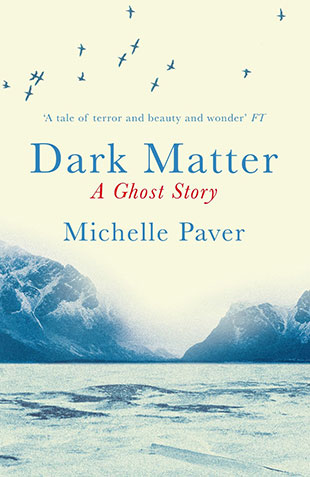 Swiftly becoming regarded as another modern classic, and without my favourite ghost story of the last decade, this has all the elements of a really great unsettling story: incredible location, brooding atmosphere, isolation, tension between a closed circle of protagonists, and a really terrifying ghost! This tale of arctic exploration gone wrong is novella-length, but never drags, and includes some real heart-in-mouth scenes rendered vividly. Highly recommended.

More by this author: Michelle Paver is also responsible for Thin Air – a ghost story of a similar length, swapping the desolate Arctic Circle for a mountaineering expedition. For me, it’s a tad too similar to Dark Matter, and I found myself comparing the two a bit too often. I have no such qualms abour recommending Michelle’s recent full-length novel, Wakenhyrst, however. A ‘proper’ Gothic novel, with brooding locales, family secrets and malevolent forces at work – a real gem. 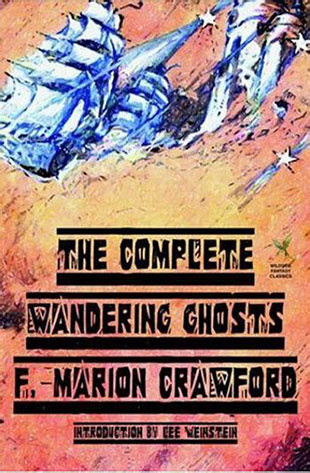 The only thing I like better than polar exploration settings is seafaring stories. I’m an absolute sucker for them. The Upper Berth is one of the very best (and even recommended by M R James, which is how I originally came to read it). Sure, the scares might seem thin on the ground by today’s standards, but the pacing is fantastic, the setting wonderfully rendered, and the narration about as evocative as it comes.

More by this author: F Marion Crawford wrote several great ghost stories, most of which can be found in the usual anthologies of great Victorian stories. Of these, a special shout out to Man Overboard!, which was one of the stories that inspired The Lazarus Gate (in a roundabout sort of way), and The Dead Smile, whose resolution seems ridiculously clichéd today, but features some incredible lyrical prose.

Just because I can never get my lists down short enough, here are the stories that almost made the top 5, and probably would on a different day!

And, naturally, if you find yourself in agreement with my choices, you might rather like my own novelette, The Ghost Writer, as well as the stories in the anthology Phantoms (including my own modern ghost story, One New Follower).